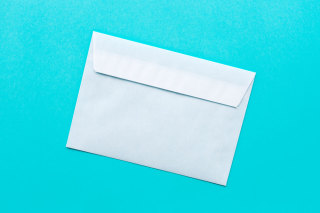 Help us send a message, thousands strong, to the decision makers at Rebuild.

Grab a pen and paper next time you're at FPSL!

Hello friends, PADA’s existential crisis is upon us – the fight to keep Edgely hangs in the balance.  I am writing with a simple but incredibly important request of each of you.  There are in life very few times when spending ten minutes a day, every day, can make the kind of difference that will change the course of history, echo down the generations.  Long ago, I watched a son take his first steps during a Spring League at Edgely.  24 years later, I want the next generation of our community to grow up and thrive at Edgely.  To go from being single, to coupled, to maybe raising kids of their own at our beloved mecca.  However, there are some people in power are set against us.

If the ultimate community in Philadelphia spends the next few months remaining on the sideline, Council-Person Curtis Jones and his people will get the support he needs to build a football stadium on Edgely.  It will be the end of our way of life.  Yet we have a chance to make our voices heard in a way that cannot be discounted, not by Curtis Jones, and not by his fellow council members.  All politicians count contacts on important issues.  Eventually there will be vote(s) at city council on our issue.

The goal, starting now, is to make 1,000 contacts with city council members every week, from now until this thing is over.  The strongest two calls will always be to the council person from your own district if you live in Philadelphia, and to Curtis Jones, even if you live in another district.  Even if you live outside of Philadelphia entirely, your membership in PADA gives you the right and opportunity to call Curtis Jones and other members of City Counsel.  The ringing phone, and the voice proudly proclaiming that you are a PADA member, spend time and money in Jones’ district, and care deeply about this issue, will resonate, and your voice will be heard.

The script below contains suggestions of what to say, along with the telephone numbers and addresses for each member of City Council.

I am asking everyone on this list to do two things:

We are going to build a bigger and bigger list of people who will, before we are done, flood city hall with our voices.  This is our moment.  We may not have another.  Please respond to Marc via email if you are in.

Hello, my name is ___ and I am calling to express my strong disapproval with the plan being spearheaded by Councilman Jones to turn Edgely field from a beautiful grass set of fields into a turf football stadium.  Edgely is home to two communities, PADA and PRIOR, who have lovingly cared for Edgely’s fields and clubhouse for more than three generations.

I am a member of PADA, a truly diverse and inclusive community of over 10,000 people, young and old, black and brown and white, female, male, fluid, neurodiverse and nuero-typical, who have called Edgely home. We take people as they are and welcome them.  Our volunteers have have spent thousands of hours promoting youth and community engagement, introducing kids from city schools to the sport, running clinics for young girls.

Our community is devastated by the plan to build a stadium on top of our home.  There are so many places in the vicinity that need rebuilding, that need the care and attention we have shown Edgely.  I urge all members of city council to use Rebuild funds to fix something that is broken which will create new space for people, rather than replacing our many fields with one, and destroying our community in the process. 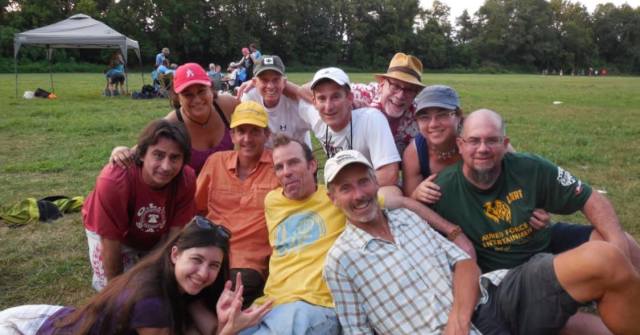 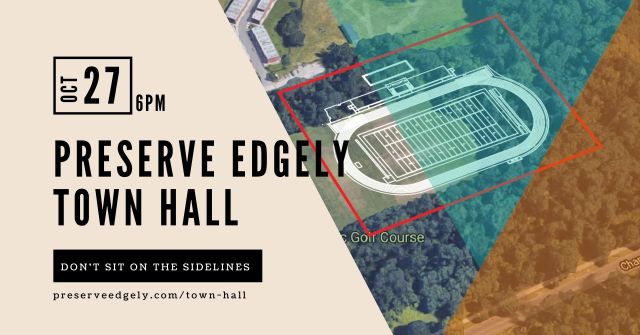 The Preserve Edgely committee has been hard at work and wants to keep you up to date with their efforts. Please join us for an update meeting on Wednesday October 27, 6PM. The meeting will start with updates and divide out into breakout discussions. To RSVP, please register in advance. 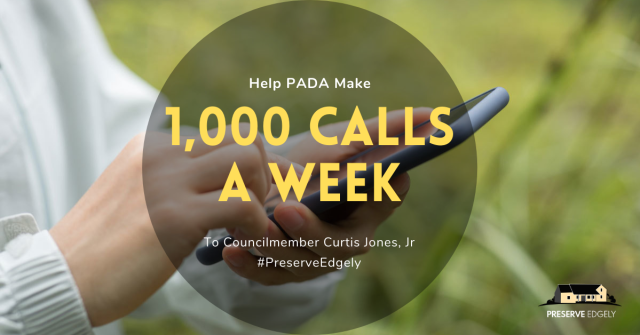 Help us send a message, thousands strong, to the decision makers at Rebuild. The goal, starting now, is to make 1,000 contacts with Council Person Jones and Mayor Kenney every week, from now until this thing is over.