The History of the Centennial District 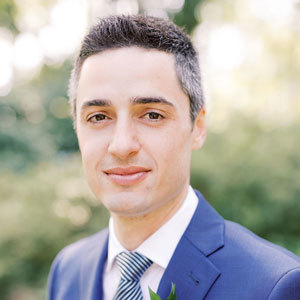 The City of Philadelphia, through its Rebuild Initiative, wants to build a youth football stadium with a running track in the Fourth Council District. The city considered, but ultimately rejected due to concerns about historic viewsheds, buildings, and statues, several sites within the Centennial District section of Fairmount Park. This article argues that Centennial District historic viewsheds, buildings, and statues should not factor into the location of this stadium and, more importantly, that celebrating Black athletes in full view of the remaining features from the 1876 Centennial Exposition would honor the Black Americans who faced discrimination and unfair treatment at the Exposition itself.

The 1876 Centennial Exposition (also called the 1876 World’s Fair) was by all accounts a remarkable event. New technologies like the telephone and typewriter were exhibited. The arm and torch of the Statue of Liberty were put on display before the rest of the statue was installed in New York Harbor. It was a financial success, attracting nearly 10 million visitors, and reminded Philadelphians that their city had international importance.

However, the Centennial Exposition was physically structured to reflect and reify prevailing notions of white supremacy and patriarchy. The exhibitions were arranged to place what were deemed white nations at the center of the Main Building and nonwhite nations on the outskirts. The organizers of the fair hoped to exhibit Native Americans as though they were animals in a zoo, but thankfully that inhumane presentation did not happen. Regardless, official representations of Native Americans cast them as inferior to white people. Despite repeated efforts to be more involved in order to demonstrate their patriotism, accomplishments, and important role in the nation, African Americans were sidelined at the fair. Black Philadelphians were barred from working on the construction of the fair and its buildings. Frederick Douglas, who was invited to be on the dais at the opening ceremonies, was denied access by city police until a US senator from New York recognized him and helped him gain access to the dais. Only a few works of art by Black artists were on display for the duration of the fair and in at least one of those cases, the organizers did not initially know the artist was Black. (A bust of Richard Allen, founder of the African Methodist Episcopal Church, was only at the fair for eight days.) While there was a statue called "The Freed Slave," it was created by an Italian sculptor and representations of it (and Black fair goers) in the press were often deeply racist . Essentially, the only Black workers at the fair were those hired to work at the "Southern Plantation" restaurant. A guidebook for the fair described that restaurant as a place where there would be “a band of old-time plantation ‘darkies’ who will sing their quaint melodies before visitors of every clime.” Additionally, despite white Philadelphia women raising millions of dollars to support the fair through stock sales, contributions, and lobbying of Congress, organizers barred them from creating an exhibition in the Main Building, forcing them to raise additional money to create a separate Women's Pavilion where they could host their exhibition. These white Philadelphia women also barred Black Philadelphia women from raising from white women and from participating in their exhibition.

Moreover, the concept of historic viewsheds as it applies to 1876 Centennial Exposition buildings and statues is ahistorical. In 1876, there were massive temporary buildings constructed—one was nearly 2,000 feet long and 500 feet wide—all over what we now know as the Centennial District. Many of those buildings blocked the views of other buildings and of statues. What you can see in the Centennial District now is distinctly different from what you could see there in 1876. Additionally, there was no modern skyline to view in 1876.

The Preserve Edgely campaign believes in retaining these buildings and statues because they have historic value and there are few of them, but our campaign does not believe it makes sense to honor them by barring the development of much-needed recreational spaces around them—especially when those recreational spaces would be used by the descendants of the very same people who were sidelined and treated in an inhumane manner at the fair. Building a stadium in the Centennial District to be used by the area’s public high schools and residents would be a powerful step toward redressing some of the grievous wrongs of the fair.​

Rydell, Robert W. “The Centennial Exhibition, Philadelphia, 1876: The Exposition as a “Moral Influence.” In All the World’s a Fair: Visions of Empire at American International Expositions, 1876-1916 , 9-37. Chicago: University of Chicago Press, 1984. 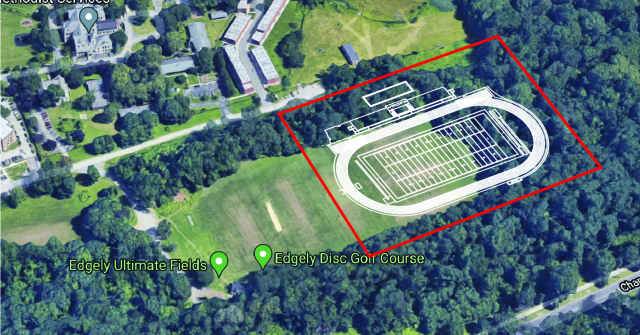 Edgely is home base for over 10,000 people across multiple communities. Building in this location would be devastating to the existing communities who use this ... 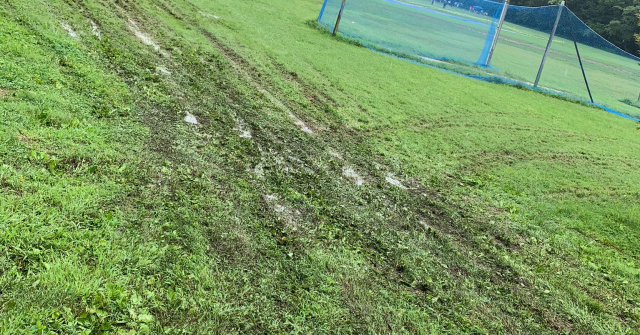 Take a look at these photographs showing damage done to the grass when the fields were driven on and played on during a rainstorm this past weekend (August 28th... 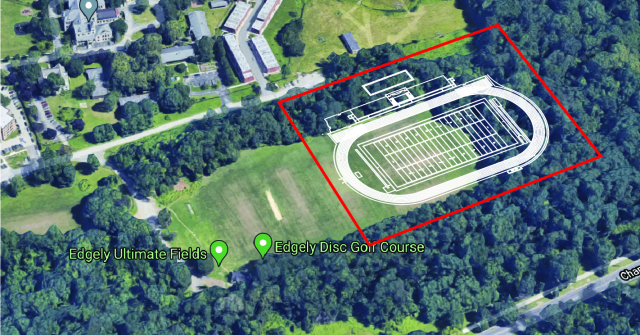 Our campaign believes that the Rebuild Initiative has rushed through the site selection process for the Parkside Evans campaign. A properly thorough considerat...